She Returns From War

“This really is fresh air in the world of supernatural hunters … Recommended for fans of Kate Griffin and Chris Holm. 9 out of 10.”
– Mel’s Random Reviews

Cora Oglesby is back on the case when an English tourist unleashes a terrifying Navajo legend from sleep in this Dead of Winter sequel.

Four years after the horrific events in Leadville, a young woman from England, Victoria Dawes, sets into motion a series of events that will lead Cora and herself out into the New Mexico desert in pursuit of Anaba, a Navajo witch bent on taking revenge for the atrocities committed against her people. 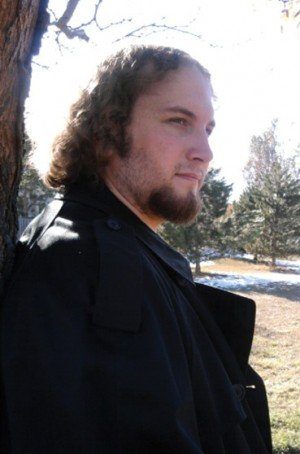 Lee Collins has spent his entire life in the shadow of the Rocky Mountains. Despite this (or perhaps because of it), he generally prefers to stay indoors reading and playing video games. As a child, he never realized that he could create video games for a living, so he chose to study creative writing at Colorado State University. Upon graduation, he worked as an editorial intern for a local magazine before securing a desk job with his alma mater. Lee's short fiction has appeared in Ensorcelled and Morpheus Tales, the latter of which awarded him second place in a flash fiction contest. In 2009, a friend challenged him to participate in National Novel Writing Month, and the resulting manuscript became his debut novel, The Dead of Winter. It will be published in 2012, and the sequel, She Returns From War, arrives in 2013. In his spare minutes between writing and shepherding graduate students at his day job, Lee still indulges in his oldest passions: books and video games. He and his girlfriend live in Colorado with their imaginary corgi Fubsy Bumble.

“A well paced and intriguing story that left me satisfied with my overall experience. I would HIGHLY recommend that if you are thinking about reading this series, go out and borrow or buy The Dead of Winter first! You won’t be sorry that you did.”
– Shelley Romano, Gizmo’s Reviews

“She Returns from War is a fun continuation of the world Collins has been building, and he sets the stage for further expanding this world in future books. I look forward to seeing where he goes next.”
– Mike, Untitled*United

“Lee Collins’ follow-up to The Dead of Winter isn’t what you might expect – and that’s a very good thing … Like his characters, Collins hasn’t been afraid to take a risk, and it pays off.”
– Paul Simpson, Sci-Fi Bulletin

“This is a different book from the first one [The Dead of Winter]. That’s a good thing, because it means the author isn’t locking himself into a formula, in essence refusing to become a one trick pony … I recommend them both highly.”
– Keith West, Adventures Fantastic

“She Returns From War is a most excellent novel, and lives up to the promise of The Dead of Winter.”
– Shadowhawk at The Founding Fields

“I was reminded a few times of the movie Unforgiven, with the younger generation getting a look at the real life of a legend, and also learning about the costs of living such a life.”
– Kathy at Kindle-aholic’s Book Pile