“A cool mix of cop show and creature feature. Gustainis had me at ‘meth-addicted goblins’.”
– Marcus Pelegrimas, author of the Skinners series

He’s a cop in the strangest city on Earth – his suspects are the living dead.

“My name’s Marcowski. I carry a badge. Also, a crucifix, some wooden stakes, a big vial of holy water, and a 9mm Beretta loaded with silver bullets.”

Meet Stan Markowski of the Scranton PD’s Occult Crimes Unit Like the rest of America, Scranton’s got an uneasy ‘live and let unlive’ relationship with the supernatural. But when a vamp puts the bite on an unwilling victim, or some witch casts the wrong kind of spell, that’s when they call me. My name’s Markowski. I carry a badge. Also, a crucifix, some wooden stakes, a big vial of holy water, and a 9mm Beretta loaded with silver bullets. 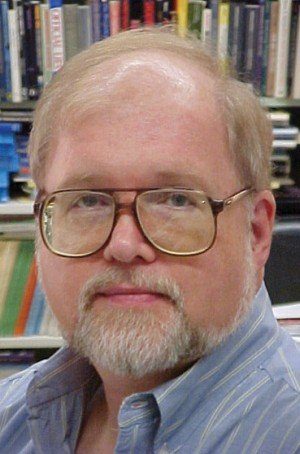 “A magical mystery tour of a murder case rife with supernatural suspects. Sit down for an enchanted evening of otherworldly entertainment!”
– Laura Resnick, author of Unsympathetic Magic and Vamparazzi

“Hard Spell deals with hardened professionals looking for supernatural things hiding under rocks, and then dragging them out and giving them a good kicking. The cops act like real cops, the vampires act like real vampires, and the monsters aren’t messing about. The plot twists and turns like a twisty turny thing, and moves like a weasel on speed. The real things feel real, and the supernatural things feel like they might be. The prose is a joy to read, and the whole thing was more fun than is probably legal.”
– Simon R. Green, author of the Nightside and Deathstalker books

“Punchy dialogue, a fun alternate history, explosive action, and a hero whose monsters haunt him even beyond the job … Gustainis has given us a fantastic supernatural cop story that just dares you to put it down!”
– Chris Marie Green, author of the Vampire Babylon and Bloodlands books

“I enjoyed every page of Hard Spell. If Sam Spade and Jack Fleming were somehow melted together, you’d get Stan Markowski. I can’t wait to see what Gustainis does next.”
– Lilith Saintcrow, author of Night Shift and Working for the Devil

“The plot bounds along faster than Usain Bolt being chased by a rottweiler. It doesn’t pull any punches either and puts the protagonists through seven levels of Hell before the story plays out to the powerful and rewarding ending. 5-stars ”
– SFBook.com

“The blurb does not do this book justice. Hard Spell is actually too good for words. This one made me laugh out loud, made my heart skip a beat and sometimes I even felt like crying. I can’t wait for more.”
– Amberkatze

“Hard Spell is an easy to read blood-fest with a heart. Lovers of good Urban Fantasy are in for a treat.”
– I Wish I Was a Book

“Whoa. Justin Gustainis has given us a fast-paced, brutal and bloody urban fantasy that kept the hits coming. It was a downright fun read that tied up all the loose ends in this arc, while laying down several directions the characters could go in later books.”
– Reading the Paranormal

“This book combines nail-biting suspense and contemporary forensic science with a magical element full of twists resulting in the creation of a story that is totally captivating and difficult to put down.”
– Laurie’s Thoughts

“Hard Spell contains a quality of writing and attention to detail that makes the world of Stan Markowski come to life in vivid detail. It has a fantastically pulply quality and hard-boiled style all of its own.”
– The Eloquent Page

“The whole concept of a world where you call 911 in case of emergency and 666 in case of a supernatural emergency is just cool in my mind. My favorite thing about this story is its flavor. Unlike some of the other urban fantasy I’ve read, this is a place where otherworldly things are no longer mystical and seeing a werewolf at the grocery store is something that most people take for granted. Overall it was an interesting take on the genre and fun read if you like cop/detective serials. And for myself, I will definitely be picking up book two!”
– Fantasy Faction

“This was a fast paced, interesting novel. It reminded me a lot of Harry Dresden by Jim Butcher, which was a good thing as I love Harry.”
– Badass Book Reviews

“I was incredibly impressed by the level of believability this book had despite how very unbelievable everything was. I also enjoyed the humor of the book, particularly the darker aspects of it, as well as all of the pop-culture references. In conclusion, very, very good.”
– CSI Librarian

“What Gustainis does is create core characters that are very likable and easy to read and puts them interesting situations. Above all that is a triumph, but he also includes all the occult stuff in such a way that is not off-putting. It’s accessible and has a fair amount of stuff grounded in reality, but also offer little treats and word-plays on conventional stuff.”
– Walker of Worlds

“It’s a story well told and a compelling mystery.”
– Mentatjack

“The Paranormal / Supernatural community was excellent. All manner of paranormal creatures are there, from vampires and werewolves down to goblins and witches. Hard Spell creates a world where supernaturals and regular humans manage to co-exist successfully.”
– Book Savvy Babe

“It draws you in with the minutiae and details, before slapping you with the goods.”
– The Green Man Review

“He skillfully introduces the history of his world’s supernatural elements and brings together his cast of characters in a way that would make Dashiell Hammett or Robert B. Parker proud. His villain’s plan is audacious and well thought out.”
– Eclipse Magazine

“This was a fun and entertaining read from beginning to end.”
– Monkspoint

“One of the sublime clevernesses was the magic—the book had clever twists on what you think of as traditional spells or protections, but with a twist that makes them seem realistic and modern.”
– Confessions of a Watery Tart

“In Hard Spell‘s case there’s an amazing mystery, heart pounding action, and enough twist and turns to make a reader feel like they’re the ones getting beaten to death instead of the characters.”
– Book Whispers

“This novel had more twists and turns than I knew what to do with, and kept me guessing until the very end.”
– Sara’s Urban Fantasy Blog

“Gustainis’ writing is sharp, and he creates a great noir voice for Markowski — who just SOUNDS like he’d live in Scranton and chase down bad supes for a living. The humor is spot-on – dry and snarky. I can’t remember the last time I had this many put-down-the-book-and-laugh moments.”
– Preternatura

“He is the king of the cross-reference, the pop-culture allusion, the nerd-culture in-joke.”
– Waiting for Fairies

“This gritty detective story is witty and suspenseful and full of memorable characters. I like how the supernatural element isn’t the main focus of the book; it’s just THERE and has been since World War II.”
– The Turn of the Page

“All of the characters in the book are extremely unique and have their own distinct quirks, which made reading about them even more fun.”
– Fade into Fantasy

“Hard Spell was really enjoyable for its blend of humor and horror. I also appreciated the characterization of the supes as being generally badass with an occasional sense of honor”.
– Buried Under Books

“What Gustainis does is create core characters that are very likable and easy to read and puts them interesting situations. Above all that is a triumph, but he also includes all the occult stuff in such a way that is not off-putting. It’s accessible and has a fair amount of stuff grounded in reality, but also offer little treats and word-plays on conventional stuff.”
– Walker of Worlds

“I found Hard Spell to be great fun. The book does deal with hard crimes, but with the supernatural in the mix the subject matter becomes a bit lighter and less serious. There was a bit of humor and a lot of action. The main character was fairly decently drawn and the story flowed well. I thought it was a good book and eagerly await the next in the series.”
– Luxury Reading

“In a genre so crowded by similar books with similar heroes and heroines, Justin Gustainis has created a series with an old school detective approach to urban fantasy that’s a breath of fresh air.”
– Sean Cummings, author of Poltergeeks and Student Bodies