The third book in the Galactic Cold War series…

“If you’re looking for Mission: Impossible in space, look no further.”
– Antony Johnston, creator of Atomic Blonde and The Coldest Winter

The Nova Incident is the third book in the spy-fi spectacular series, The Galactic Cold War. When a bomb explodes in the bustling Commonwealth capital city of Salaam, responsibility is quickly claimed by an extremist independence movement. But after a former comrade, an ex-spy with his own agenda, is implicated in the attack, Simon Kovalic and his team of covert operatives are tasked with untangling the threads of a dangerous plot that could have implications on a galactic scale. And the deeper Kovalic digs, the more he’ll uncover a maze of secrets, lies, and deception that may force even the most seasoned spy to question his own loyalties. 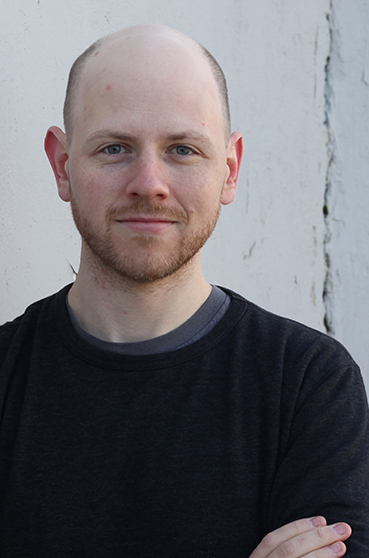 “A breathtakingly twisty story… Moren’s meaty storytelling capitalizes on Kovalic and his crew’s complex relationships and improvisational teamwork and buzzes with well-earned surprises. Moren proves there’s plenty more life in this series with an entry that satisfies in its own right and sets things up nicely for the next installment.”
– Publishers Weekly

“As in his previous novels in the series, Moren spins an intricate spy story hinging on technology and character depth to draw the reader along. The Nova Incident will keep readers on edge as the team works through relatable trust and relationship issues.”
– Booklist

“If you’re looking for Mission: Impossible in space, look no further.”
– Antony Johnston, creator of Atomic Blonde and The Coldest Winter

“The Nova Incident mingles thrilling political intrigue with spectacular sci-fi tech and twists you don’t see coming. Kovalic and the crew come up with creative ways to get out of their life-threatening predicaments… and always with a clever quip along the way. Like Moren’s other Galactic Cold War books, The Nova Incident is a one-sitting blast of story, which ends in a puff of smoke and the promise of more excitement to come!”
– T.J. Berry, author of Space Unicorn Blues

“This is another outstanding installment of The Galactic Cold War series. If you are like me and loved the first two, you’ll love this one too.”
–Michael Mammay, author of The Planetside series

“It’s easy to root for these ragtag, quick-thinking underdogs as they stand up to intergalactic bullies big and small. Readers will end this installment deeply attached to Moren’s bold characters and eagerly anticipating what comes next.”
– Publishers Weekly, starred review

“A witty, fast-paced thriller that doesn’t skimp on its characters, The Aleph Extraction adds a heist-flavored spin to Moren’s clever interstellar Cold War spycraft. The result is Ocean’s Eleven in zero gravity, served up with heart and humor. Not to be missed!”
– Helene Wecker, author of The Golem and the Jinni

“The Aleph Extraction is a delightful story of found family wrapped around an edge-of-your-seat space heist. It’s a worthy successor to The Bayern Agenda, but you don’t need to have read the first book before jumping into this one… The Aleph Extraction races to a rewarding and unexpected conclusion – I stayed up until 2am to finish it in one sitting!”
– TJ Berry, author of Space Unicorn Blues

“Moren delivers another thrill ride. Grabbed me from the first chapter and didn’t let go.”
– Michael Mammay, author of Planetside

“A wisecracking caper that nevertheless doesn’t skimp on the details and human cost of interstellar war, like John Le Carré meets The Stainless Steel Rat. Moren is one to watch.”
– Antony Johnston, creator of Atomic Blonde and The Coldest Winter

“Fresh and engaging. No one blends fun and thrill quite like Dan Moren.”
– Jay Posey author of Outriders