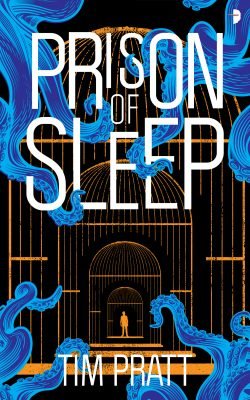 The next episode in the Journals of Zaxony Delatree… After escaping the ruthless Lector, Zax has a new enemy to fight in the sequel to Doors of Sleep.

Every time Zaxony Delatree falls asleep he wakes on a new world. His life has turned into an endless series of brief encounters. But at least he and Minna, the one companion who has found a way of travelling with him, are no longer pursued by the psychotic and vengeful Lector.
But now Zax has been joined once again by Ana, a companion he thought left behind long ago. Ana is one of the Sleepers, a group of fellow travellers between worlds. Ana tells Zax that he is unknowingly host to a parasitic alien that exists partly in his blood and partly between dimensions. The chemical that the alien secretes is what allows Zax to travel. Every time he does, however, the parasite grows, damaging the fabric of the Universes. Anas is desperate to recruit Zax to her cause and stop the alien.
But there are others who are using the parasite, such as the cult who serve the Prisoner – an entity trapped in the dimension between universes. Every world is like a bar in its prison. The cult want to collapse all the bars of the worlds and free their god. Can Zax, Minna, Ana and the other Sleepers band together and stop them?

“Part high adventure and part travelogue of alien locales, this sci-fi romp has plenty of YA crossover appeal and will prove just the thing for mature readers who appreciate a classic Golden Age vibe.”
– Publishers Weekly

“Readers will sympathize with Zax and his fellow travelers as they are yanked into new worlds every few pages or even every few sentences. Pratt’s skillful worldbuilding will appeal to sf fans.”
– Library Journal

“This is a gentle, slightly old-fashioned picaresque that made me think of Doctor Who, or characters created by Douglas Adams. It’s welcome escapist fare in these stressful times.”
– the Guardian

“Tim Pratt is in the vanguard of the next generation of master American fantasists.”
– Jay Lake, John W Campbell Award-winning author of Into the Gardens of Sweet Night

“A compelling tale reminiscent of the episodic explorations of Doctor Who… Pratt uses his rich imagination to craft a vast variety of possibilities.”
– Booklist

“Tim Pratt lures you in with his writing style and penchant for the dramatic and dangerous.”
– British Fantasy Society

Tim Pratt is a Hugo Award-winning SF and fantasy author, and has been a finalist for World Fantasy, Sturgeon, Stoker, Mythopoeic, and Nebula Awards, among others. He is the author of over twenty novels, most recently The Deep Woods and Heirs of Grace, and scores of short stories. His work has been reprinted in The Best American Short Stories, The Year's Best Fantasy, The Mammoth Book of Best New Horror, and other nice places. Since 2001 he has worked for Locus, the magazine of the science fiction and fantasy field, where he currently serves as senior editor. He lives in Berkeley, CA with his wife and son.