The angel of death in Chicago oversees all people in the megalopolis, making sure their deaths fit their lives.

The angel of death in Chicago oversees all people in the megalopolis, making sure their deaths fit their lives. Though most deaths naturally do, those that result from serial murder do not, so the angel spends much time trailing a serial killer in his patch. On the trail of one such man, he encounters a cop and falls in love with her. When he is assigned to kill her, though, he has to make a choice between divinity and humanity. An astounding new story from the critically-acclaimed J Robert King. 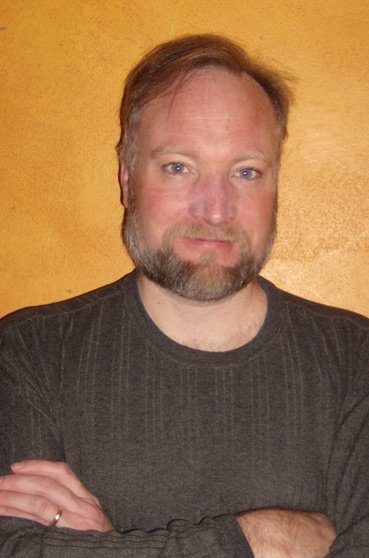 Rob’s debut for Angry Robot, the fabulously scary Angel of Death, does exactly that. The Grim Reaper becomes strangely fascinated with a human cop investigating the deaths caused by a serial killer that the angel has been following. But Death is a killer too, of course, and is not above the law. This will be followed next year by Death's Disciples. The sole survivor of a terrorist attack on a plane starts to hear the voices of the dead passengers. And what they’re telling her is far worse than what she’s suffered already. King’s recent Sherlock Holmes novel for Tor, The Shadow of Reichenbach Falls, attracted a mass of critical attention, as did his Mad Merlin trilogy for the same publisher. And he can ride a unicycle, though maybe not while typing.

“Angel of Death is a very powerful novel, dealing intrinsically with life and death and the ugly side of murder. These subjects are handled very well, albeit without pulling any punches in the graphic descriptions. This novel… sucks you inside the mind of a serial killer, as close as you ever really want to get to one… A very impressive, powerful story that grabs you, sucks you in, throws you around and dumps you out, dazed but richer for the ride. 4**** ”
– Science Fiction & Fantasy Books

“Angry Robot are evil… I can say that really, you should not read this book when you have deadlines. You will miss the deadlines… King turns a lot of current popular themes on their head. Or he eviscerates them. He plays with the suspense of a murder-based thriller and with ideas that appear in Supernatural and even with Paranormal Romance… This is neither a comfort read nor a slow read. It’s a fabulous book, but don’t pick it up when you’re supposed to be doing other things. It’s after midnight and those dishes are still unwashed and those papers are still unsorted.”
– Gill Polack

“Angel of Death had me turning the pages with a sense of terrified fascination. This is the first of King’s books that I’ve encountered, and his strong prose and stark characterizations have me firmly hooked and looking for more of his work. Angel of Death will take you into the darkest corners of the human mind and heart – plus have you struggling to define what separates humans from monsters.”
– Examiner.com

“Its quirky, its different and its definitely a novel to make you think… Not something to rush and will remain in the readers subconscious long after the final page.”
– Falcata Times

“I found Angel of Death to be an utterly masterful novel – one of those novels that truly only comes along very, very rarely. And it’s still echoing through my head – I replay scenes, hear the dialogue, see the imagery, feel the emotions… I haven’t read anything quite like this before; it stunned me completely, and I truly hope that this book finds its way into the hands of many, many people.”
– Fantasy & SciFi Weblog

“I am at a loss of words. Angel of Death is the book you hold, no clutch, until your eyes smart, you can’t really focus on the words and you are not sure whether you are making any progress, because it’s way past your bedtime, but it’s too good to put the book down. It’s the fever that gets you slowly, the first pages spreading the infection. Then you begin to sweat as the suspense solidifies the breath in your lungs. You shiver as the good parts creep in, a bit too macabre, a bit too monstrous, a bit like watching something you morally shouldn’t be, but you are and, guess what, you love it, because it’s crass, forbidden and perverted. And because it is safe too. After all, this is fiction. Grade: [A+] A must-read.”
– Temple Library Reviews