A Manchester repairman who moonlights as a car thief jacks the wrong car and discovers a genetically-enhanced woman in the trunk. The woman, a mute three-armed woman named Y, was meant to be a bodyguard for a wealthy Londoner. Missing the delivery window, the pair become instant fugitives, pursued both the client and her fellow ‘products’ loyal to their makers.

File Under: Science Fiction [ Y the Last Girl / So Much to Answer For / Under the Skin / Armed & Dangerous ]

Manchester, 2025. Local mechanic Sol steals old vehicles to meet the demand for spares. But when Sol’s partner impulsively jacks a luxury model, Sol finds himself caught up in a nightmarish trans-dimensional human trafficking conspiracy. Hidden in the stolen car is a voiceless, three-armed woman called Y. She’s had her memory removed and undertaken a harrowing journey into a world she only vaguely recognises. And someone waiting in the UK expects her delivery at all costs. Now Sol and Y are on the run from both Y’s traffickers and the organisation’s faithful products. With the help of a dangerous triggerman and Sol’s ex, they must uncover the true, terrifying extent of the trafficking operation, or it’s all over. Not that there was much hope to start with. A novel about the horror of exploitation and the weight of love, Graft imagines a country in which too many people are only worth what’s on their price tag. 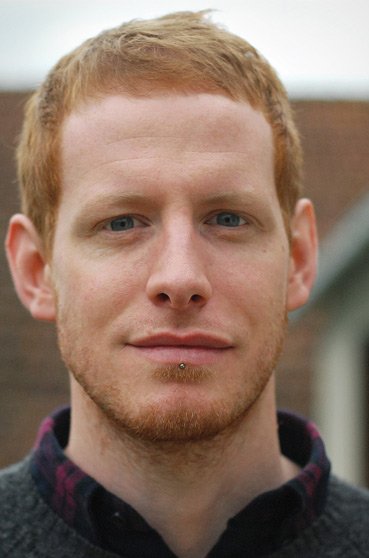 Matt Hill was born in 1984 and grew up in Tameside, Greater Manchester. After completing a journalism degree at Cardiff University, he trained as a copywriter. He now lives and works in London. His first novel, The Folded Man, was runner-up in the 2012 Dundee International Book Prize.

“England as a wasteland ruled by crime, car jacking as a doorway to love and morality, and plenty of body horror to mix with your posthumanism: Graft is a brilliant eulogy for our ruined future.”
– Edward J Rathke, author of Noir: A Love Story

“The collapse is already here, it’s just not evenly distributed. Graft is a compelling, fast-moving work of austerity science fiction. High tech rubs up against low lives, battered Britishness struggles to get by in the face of imminent inhumanities. A powerful neo-noir.”
– Matthew De Abaitua, author of If Then

“Hill captures the dark underbelly of Manchester in visceral prose. There is a unique horror in Y’s predicament, and Hill renders it in chilling terms. Hill’s world is tinged with a sense of foreboding in this refreshing take on a futuristic mystery.”
– Publishers Weekly

“Hill’s prose is an utter dream, the sooty grit of his 2025 Manchester practically coats the reader’s hands.”
– Bad Cantina

“Hill’s mean and broken future Manchester is pretty inimitable. You’ll meet some amazing characters navigating some profoundly dangerous situations in an environment of true weirdness that has a touch of the William Gibsons about it whilst at the same time presenting a science fiction that’s very personal, very British. In a word, it’s fantastic.”
– Nina Allan

“I loved how the story was structured. I enjoy the slowly finding out what there is to find out, and still having questions at the end, because that is how life works; you don’t get anything in a clearcut package.”
– Reading the Thing

“As dystopian near-futures go, Graft cuts close to the bone in every sense. Hill once again does an excellent job of exploiting our fault lines.”
– One More

“I’ve never read anything like this, and I suspect I never will again. This gorgeous, heartbreaking book will stay with you long after you finish it. Matt Hill is a huge talent and I can’t wait to see what he has in store next.”
– My Bookish Ways

“Hill’s gritty and dark prose knifes its way into the reader’s subconscious.”
– Iain Maloney for Shoreline of Infinity

“Scifi at its best – a cautionary tale of tech run amuck and an insightful expose of the sins of human trafficking.”
– Power of Pop

“Cerebral and suspenseful, Graft tackles hefty themes of ownership and exploitation without ever losing track of its own distinct voice.”
– Leftlion

“Hill’s prose is wonderfully off-kilter… Graft is tried and true cyberpunk that bears its influences on its sleeve.”
– Speculiction

“Captures the smell and essence of Britain through its main character, his desires, addictions and strange courage. Written with direct vividness that keeps one inside its totally realised world.”
– Stephen Fry, Dundee International Book Prize judge 2012

“Some combination of Raymond Chandler, Trainspotting, and Philip K Dick, Hill’s unsettling novel is not an escapist fantasy, but rather a call to arms, a plea to change the future.”
– Publishers Weekly