How close would you hold those you love, when the end comes? And what would you do for your own survival?

File Under: Science Fiction [ Teratoma for One | Nine Lives | Cell Patchwork | Till Death ]

In a society where self-preservation is as much an art as a science, Norah and Arthur are learning how to co-exist in domestic bliss. Though they hardly know each other, everything seems to be going perfectly – from the home they’re building together to the ring on Norah’s finger.
But survival in this world is a tricky thing, the air is thicker every day and illness creeps fast through the body. The earth is becoming increasingly hostile to live in.Fortunately, Easton Grove have the answer, a perfect little bundle of fur that Norah and Arthur can take home. All they have to do to live long, happy lives is keep it, or her, safe and close. 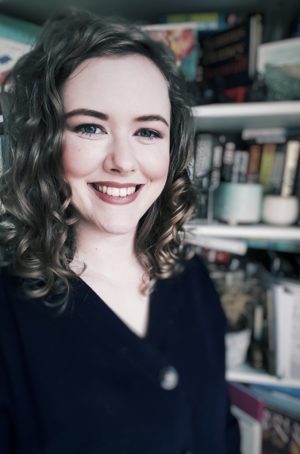 “Nuanced prose and great sense of character ground the story as it delves unabashedly into the surreal, consistently catching the reader off guard with eerie imagery and delightful twists on expectations… as thought-provoking as it is chilling.”
– Publishers Weekly

“A thought-provoking dystopian debut which continuously questions what it truly means to be alive…Hardaker’s prose is pensive, melancholic and lyrical.”
– The Fantasy Hive

“A story you won’t forget in a hurry (try as you might) and an exceptional debut novel.”
– SciFiNow

“Set in a future that feels uncomfortably close, Composite Creatures explores what constitutes love, how to build a life when a lot we take for granted is missing, and what it takes to ‘glue together a splitting world’.”
– Rosie Garland, author of The Night Brother

“The writing is wistful and works in such a way you don’t realise how wonderfully strange the book is until you are enfolded in it.”
– RJ Barker, author of The Bone Ships

“Composite Creatures reads like an ever-tightening garrote. What could pass for the memoir of someone trying to live a normal life on the poisoned Earth of Philip K. Dick’s Do Androids Dream of Electric Sheep, Hardaker’s debut tells the story of sacrifices made in exchange for corporate-sponsored longevity. It is an unapologetic, intimate tale of our shared human fragility, and the deceptions we employ to keep from breaking.”
– Chris Panatier, author of The Phlebotomist

“Creepy and enthralling, Hardaker’s superbly written debut will drip feed you dread from beginning to end.”
– Dan Hanks, author of Captain Moxley and the Embers of the Empire

“A delicate and terrifying prospect of our future, with the most lovable creatures.”
– Keren Landsman, Geffen Award-winning author of The Heart of the Circle

“favorite science fiction book of the year”
– The Washington Post

“A strong debut, and one that makes me want to read more from this up-and-coming author.”
– Marija Smits on Bone Ovation