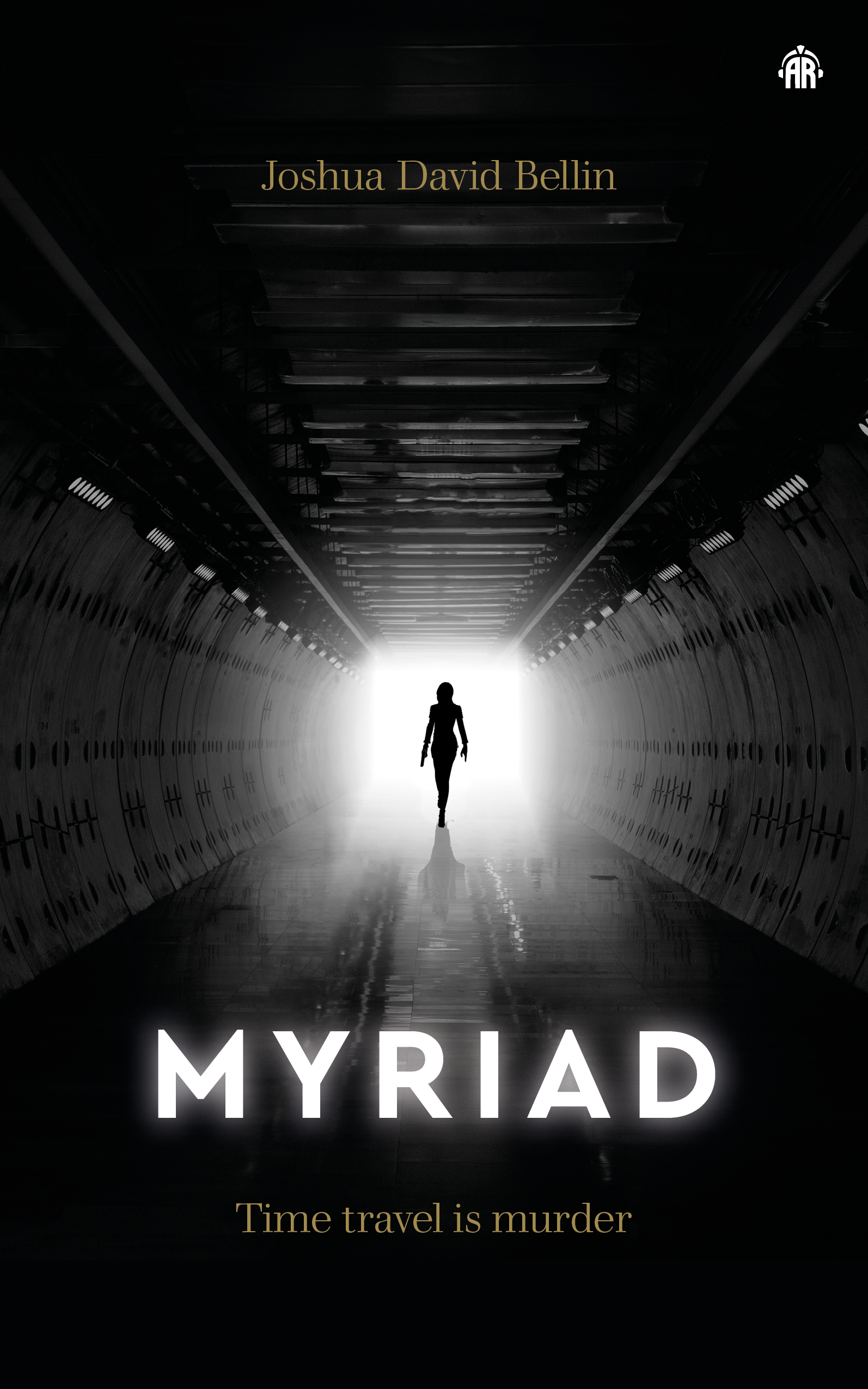 Agent Miriam Randle works for LifeTime, a private law enforcement agency that undertakes short-term time travel to erase crimes before they occur. Haunted by the memory of her twin brother’s unsolved murder at the age of six, Miriam thinks of herself as Myriad—an incarnation of the many lives she’s lived in her journeys to rearrange the past.
When a routine assignment goes wrong and Miriam commits a murder she was meant to avert, she is thrown into the midst of a conspiracy that reaches to the highest levels of LifeTime. Along with her partner Vax, Miriam flees into the past in an attempt to unravel the truth before LifeTime agents catch up with her.
But then her brother’s killer reappears, twenty years to the day since he first struck. And he’s not through with the twin who survived, not by a long shot.
Myriad is a mind-bending time travelling sci-fi thriller that will keep readers guessing to the very end.

“Myriad is a clever time-travel premise wrapped up in a very human story of surviving trauma. An action-packed sci-fi thriller told with depth and heart, this book will grab you and not let go.”
– Cadwell Turnbull, bestselling author of No Gods, No Monsters

“Joshua David Bellin is a master craftsman. In Myriad, he’s reached an all-time high for plot twists that rock your understanding of what has come before… and after. Enjoy the fast-paced action that will leave you dazzled.”
– Diane Turnshek, Carnegie Mellon University astronomer and science fiction author

Joshua David Bellin is a college teacher by day, and has published numerous works of fantasy and science fiction, including the two-part Survival Colony series, the deep-space adventure Freefall, and the Ecosystem series. In his free time, Josh likes to read, watch movies, and take long nature hikes with his kids. Oh, yeah, and he likes monsters. Really scary monsters.

Be the first to review “Myriad” Cancel reply