“A grand adventure of escalating escapades and escapes so hair-raising that Adams’ deranged imagination is barely able to contain them all. I knew we were in trouble as soon as the ostrich appeared. It’s a fearless, hurtling hell of a debut.”
– Christopher Fowler

There is a box. Inside that box is a door. And beyond that door is a whole world.

Book One of The World House Series

There is a box. Inside that box is a door. And beyond that door is a whole world. In some rooms, forests grow. In others, animals and objects come to life. Elsewhere, secrets and treasures wait for the brave and foolhardy. And at the very top of the house, a prisoner sits behind a locked door waiting for a key to turn. The day that happens, the world will end…   Trailer created by Lee Thompson 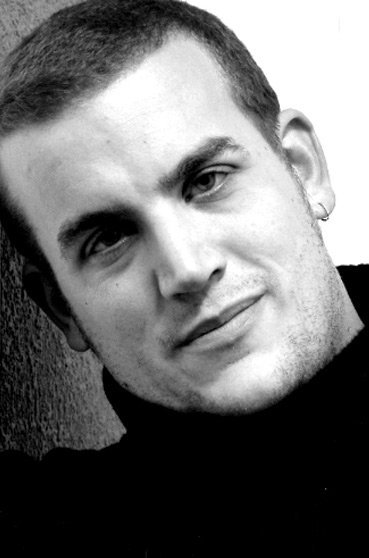 Guy Adams trained and worked as an actor for twelve years before becoming a full-time writer. If nothing else this proves he has no concept of a sensible career. He mugged someone on Emmerdale, performed a dance routine as Hitler and spent eighteen months touring his own comedy material around clubs and theatres.

He is the author of the best-selling Rules of Modern Policing: 1973 Edition, a spoof police manual ‘written by’ DCI Gene Hunt of Life On Mars. Published by Transworld, it has sold over 120, 000 copies. Guy has also written a two-volume series companion to the show published by Simon & Schuster; a Torchwood novel, The House That Jack Built (BBC Books); and The Case Notes of Sherlock Holmes, a fictional facsimile of a scrapbook kept by Doctor John Watson. Carlton Books published it in 2009 in association with the Estate of Sir Arthur Conan Doyle, to celebrate the 150th anniversary of the writer’s birth.

“Playful, intriguing and a barrel of laughs, The World House is a quirky, tumbling box of delights full of adorable eccentrics on a wild, wild ride. It really knocked me in the lobes! Great fun!”
– Stephen Volk

“Strange and wonderful The World House will take you on a long bizarre journey within four walls, carrying you into dark imaginative regions from room to room, basement to attic, and leave you with the feeling that a journey to the centre of the earth, or to the moon, would be no less exhilarating.”
– Garry Kilworth

“The World House is an extraordinary feat of imagination. It is wonderfully bizarre, it is brutal, funny, disturbing and vivid throughout. It is populated by a genuinely entertaining and believable group of characters. Guy Adams has a hit on his hands. I want more.”
– James Barclay

“The World House scintillates with wild ideas, snappy dialogue and larger-than-life characters. It is an audacious, joyous roller-coaster of a book, and yet what makes it such a triumph is that even in its wildest excesses it never loses sight of the little people. Ostensibly a tale of human endeavour, perseverance and a determination to fight on despite overwhelming odds, The World House is a novel with lashings of heart and soul.”
– Mark Morris

“Guy Adams is either barking mad or a genius, I haven’t decided. His truly fantastic debut is like being caught in a theme park with a killer clown – fun, adventure, the odd cream pie – and a sharp knife when you’re not looking.”
– Mark Chadbourn

“This is an unconventional book that strays far into the realm of fantasy and leaves readers without a compass for a while, like the hapless sailors in the bathroom sea of the later chapters. So far though the story holds together soundly. This bodes well for the next instalment of the series, Restoration. 5 *****”
– Warpcore SF

“It’s violent, and the violence is a key part of the scenery… it’s clever and original and inventive and a good read for all that.”
– Gillian Polack

“But in the meantime we have The World House, which is a wonderful read – and a book that deserves to be in the best-seller lists – by a writer who will at least keep me reading his new fiction.”
– Helium

“This is the kind of book that ‘Best of Lists’ were made for. Nine and Three Quarters out of Ten”
– Graeme’s Fantasy Book Review

“The World House is a utterly original, quite crazy and simply brilliant piece of fiction. 5*****”
– ScienceFictionandFantasy.co.uk

“if you enjoy strange and bizarre tales and especially if you love Neil Gaiman’s work and wonder what his tales would be like on a bad trip, get yourself a copy of The World House”
– DailySteampunk.com

“The exploration of the house by the characters is the highlight of the book, with each group finding more bizarre rooms, each with an imaginative set-up”
– Luke Reviews

“The World House is a roller coaster of a book you owe it to yourself to read.”
– The Little Red Reviewer

“I loved the characters in this novel. They can be as oddball as the weird rooms they find themselves in, and their period speech is beautifully observed. Whilst they’re often funny they don’t cross the line into caricature. This is an unconventional book that strays far into the realm of fantasy and leaves readers without a compass for a while, like the hapless sailors in the bathroom sea of the later chapters. So far though the story holds together soundly.”
– Warpcore SF

“An unusual and captivating tale of altered reality.”
– Sci-Fi Bulletin