“Gary McMahon’s vision is as bleak as a Yorkshire moor, but it glows with a wintry light that illuminates the dark we live in. His prose and his sense of place are precise and evocative, and his characters are as real as you and me. He’s one of the darkest – which is to say brightest – new stars in the firmament of horror fiction.”
– Ramsey Campbell

He sought to flee his tragic past. But the voices wouldn’t let him…

He sought to flee his tragic past. But when Thomas Usher hears a clockwork voice on the phone and sees ever-more disturbing visions in a derelict warehouse, Usher realises that he has to return home – for the sake of his own sanity. Meanwhile, a deadly figure from Usher’s past threatens to undermine the very fabric of reality. Who Is Thomas Usher? His name is Thomas Usher. A normal man. An average guy. Until he is involved in a tragic accident and his wife and daughter are killed. After that, things begin to change. Usher is no longer normal. Or average. Now he can see the dead, and the dead can see him. They seek him out to help them, to usher them to the next level so they might face whatever comes next. The lost. The lonely. The departed. They never speak to him; they only ever demand his attention. The ghosts are drawn to Usher, and he is compelled to help them in the hope that he might once again see his family. But sometimes, just sometimes, it isn’t enough and his efforts make things worse. 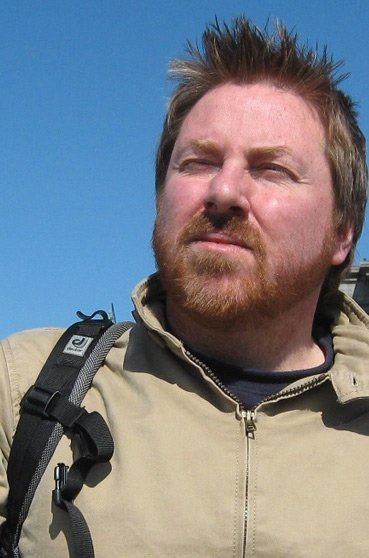 Gary McMahon’s short fiction has appeared in numerous acclaimed magazines and anthologies in the UK and US and has been reprinted in yearly “Best of” collections.

He is the multiple-award-nominated author of the novellas Rough Cut and All Your Gods Are Dead, the collections Dirty Prayers and How to Make Monsters and Pieces of Midnight, and the novels Rain Dogs and Hungry Hearts. He has been nominated for seven different British Fantasy Awards as both author and editor.

“McMahon straddles the line between crime and horror, and succeeds in both genres, just as his hero Thomas Usher is the gatekeeper to an unpredictable world where the line between life and death is increasingly erased; this is a unique series that’s gaining resonance and power as it develops.” – Christopher Fowler

“Ignore the doom-mongers, Horror is alive and well in the UK with outstanding writers such as Conrad Williams, Adam Nevill and Joseph D’Lacey raising the bar ever higher with each new release but Gary McMahon surpasses them all with a body of work, shorts, novels and novellas, that feels both thematically and narratively interconnected and suggests – no, demands – that we devour each new story.”
– Read Horror

“Gary McMahon depicts the grimness of Leeds, the black in people’s hearts and the taint of evil with powerful, blade-sharp descriptions that positively glisten with gruesome.”
– Warpcore SF

“There’s nothing unnecessary here, and definitely nothing mediocre; McMahon is a tidy writer, and highly effective in his choice of words and language … Horror fans – be glad we’ve got someone like McMahon to write for us. His prose packs condensed shock and awe scare methods, whilst staying steeped in a unique gothic-dread atmosphere in which he casts his story.”
– Spooky Reads

“Gary McMahon has perfected the art of urban horror. He populates his books with a catalogue of grotesque, depraved characters all who are much too real for comfort.”
– The Black Abyss

“To be honest here, I’m a fan of Gary’s writing as you never know what you’re going to get except for one thing, there is always going to be some sort of curved ball thrown at you.”
– Falcata Times

“The story may be unremittingly bleak and darker than pitch but it is never less than gripping.”
– Read Horror

“The writing is pitch perfect for the material, with enough of the squalid to repel, but never feeling gratuitous, so that we are compelled to read on even as we recoil from what’s being committed to the page.”
– Peter Tennant, Black Static magazine, issue #26