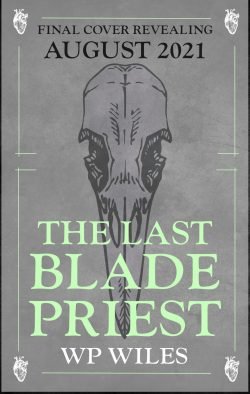 An absorbing and original epic fantasy with rich world-building and a wry take on genre conventions from a Betty Trask Award-winning author.

Inar is Master Builder for the Kingdom of Mishig-Tenh. Life is hard after the Kingdom lost the war against the League of Free Cities. Doubly so since his father betrayed the King and paid the ultimate price. And now the King’s terrifying chancellor and torturer in chief has arrived and instructed Inar to go and work for the League. And to spy for him. And any builder knows you don’t put yourself between a rock and a hard place. Far away Anton, Blade Priest for Craithe, the God Mountain, is about to be caught up in a vicious internal war that will tear his religion apart. Chosen from infancy to conduct human sacrifice, he is secretly relieved that the practice has been abruptly stopped. But an ancient enemy has returned, an occult conspiracy is unfolding, and he will struggle to keep his hands clean in a world engulfed by bloodshed. In a series of constantly surprising twists and turns that take the reader through a vividly imagined and original world full of familiar tensions and surprising perspectives on old tropes, Inar and Anton find that others in their story may have more influence on their lives, on the future of the League and on their whole world than they, or the reader imagined.

W P Wiles was born in India in 1978. He is the author of three novels: the Betty Trask Award-winning Care of Wooden Floors (2012), The Way Inn (2014), and Plume (2019). When not writing novels, he writes about architecture, and he is a regular columnist for RIBA Journal. He lives in east London.