The House of Cats and Gulls

Myla, Seth, and Fings find themselves under siege in Deephaven, a city ravaged by the plague, and stalked by demons.

File Under: Fantasy [ Unfinished Business | In too Deep | Endings and Beginnings | Vengeance ]

Myla has returned with Orien to her native Deepwater to face her past. Learning she’s in trouble, Fingers and Seth head off on a rescue mission. Myla doesn’t need rescuing, thanks, but now that they’re in Deepwater, Seth delves into the secrets of a dead warlock and Fingers digs into the truth of his missing brother. But as the trio converge towards a conspiracy against the throne, Deepwater is attacked by an incomprehensible enemy. As demons, madness and the walking dead stalk the plague-ravaged city, Myla discovers that saving her friends and family is more important than a glorious death, and Seth embraces the darkness within. 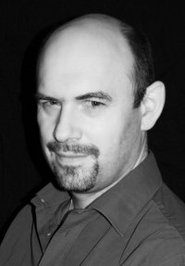 “Readers who like their high fantasy laced with revenge and political intrigue will find this tale of interest.”
– Booklist

“Subterfuge and skulduggery from one of my favourite fantasy writers.”
– RJ Barker, author of The Bone Ships

“Three unlikely characters land in the midst of political intrigue in this fun fantasy from Deas…This will most appeal to fantasy readers who love seeing everyday characters caught up in sweeping events.”
– Publishers Weekly

“Deas’s prose is witty, occasionally almost Pratchett-like…there’s something vital and dangerous going on in the world, but our fun comes from the petty tragedies of three downtrodden rogues.”
– SFX

“At first glance, a cast of scheming princes and queens, over the hill kings, and money-hungry sell-swords may seem overly familiar, but Stephen does a great job of constantly surprising the reader. It’s a fun and entertaining debut that will appeal to fans of both classic and contemporary fantasy.”
– Fantasy Book Critic

“It is a difficult thing to write a novel that uses many of the icons of High Fantasy and make it enjoyable; this is something though that Stephen has done here. The book is an entertaining mix of Pern and Westeros, with the knowing characterisation of Abercrombie and the endearment of Novik.”
– SFF World

“A big, rich world, with a plot full of surprises and characters that will linger long after you finish the book –The Moonsteel Crown is not to be missed.”
– Joshua Philip Johnson, author of The Forever Sea

“This dark and gritty fantasy is recommended for readers wanting the scope of an epic with the grittiness of grimdark urban fantasy. It will be loved by those who are looking for stories that exhibit all the darkness at the heart of “Game of Thrones” set in the mean streets of the grittiest of fantasy cities, and/or those who like antihero protagonists stuck in a morally gray area.”
– Library Journal