The Conclave of Shadow

“All the fun of pulp adventure, filtered through a twenty-first century lens… a hell of a lot of fun.”
– Marie Brennan, author of A Natural History of Dragons

Missy Masters teams up with her friend and fellow Argent Ace, Abby Trent, to retrieve a stolen magical artifact, taking them into the realm of the Djinn and to the shadow realm which is the source of Missy’s powers.

File Under: Fantasy [ Alcatraz Revisited | Blood-Dimmed Tide | The Lurking Tiger | Out of the Bottle ]

The Second Book in the Dragons of Heaven Series

Ever since she saved the spirit guardians of China by selling out to her worst enemy, Missy Masters – a.k.a. the pulp hero Mr. Mystic – has been laying low. But when knights serving the Conclave of Shadow steal secret technology from a museum exhibit on the Argent Aces, everyone looks to Mr. Mystic for help. If Missy doesn’t want her masquerade blown, she’d better track down the thieves, and fast. But stolen tech turns out to be the least of her problems. Recent events have upset the balance of power in the Shadow Realms, removing the barriers that once held the ravenous Voidlands in check. Their spread threatens destruction in the mortal realm as well… and only the Conclave stands ready to push them back. In a world of shadow, telling friends from enemies is easier said than done. But if she wants to save San Francisco, Missy will have to decide who to trust. Including her own instincts, which tell her that something is stalking her with murder in mind… 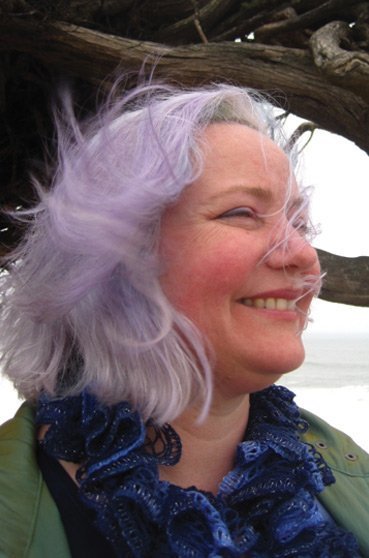 Alyc Helms fled her doctoral program in anthropology and folklore when she realized she preferred fiction to academic writing. She dabbles in corsetry and costuming, dances at Renaissance and Dickens fairs, gets her dander up about social justice issues, and games in all forms of media. She sometimes refers to her work as “critical theory fanfic,” which is a fancy way to say that she is obsessed with liminality, gender identity, and foxes. She’s a freelance game writer and a graduate of Clarion West, and her short fiction has appeared in Beneath Ceaseless Skies, Daily Science Fiction, Crossed Genres, to name a few.

“A tough, witty young woman who inherited her superhero grandfather’s powers barrels through a rollicking Big Trouble in Little China-esque tale filled with magic, monsters and wisecracks. I loved it.”
– Alex Bledsoe, author of The Hum and the Shiver

“Your Humble Reviewers loved the crazy family relationships which caused no end of problems and mysteries in this book…If you like dark detective or superhero stories then this is the series for you.”
– Bull Spec

“Infused with wit and humour, filled with a fundamentally open and kindhearted warmth, this is the contemporary speculative fiction at its stylistic best.”
– Bastian’s Book Reviews

“Like the first book, The Conclave of Shadow whetted my appetite for further adventures set in this intriguing mix of genres and worlds.”
– Locus, issue 670

“The story is good and fast-paced, but what added to my enjoyment was the faithful realization of the setting. Helms captures the city of San Francisco, and also the pain-drenched but fascinating island of Alcatraz.”
– Fantasy Literature Review