“Cameron Johnston is an exciting new voice in fantasy. His writing has a dark sense of humour and his debut is bursting with imagination and wonders. Fantastic stuff!”
– Stephen Aryan, author of the Age of Darkness trilogy

An outcast magician must risk his body and mind to save the world from horrifying demons, in the heart-pounding epic fantasy sequel to The Traitor God.

File Under: Fantasy [ In Your Head | Daemons & The Damned | Father Winter | Fighting Dirty ]

The Age of Tyranny Book II

Tyrant magus Edrin Walker destroyed the monster sent by the Skallgrim, but not before it laid waste to Setharis, and infested their magical elite with mind-controlling parasites. Edrin’s own Gift to seize the minds of others was cracked by the strain of battle, and he barely survives the interrogation of a captured magus. There’s no time for recovery though: a Skallgrim army is marching on the mountain passes of the Clanhold. Edrin and a coterie of villains race to stop them, but the mountains are filled with gods, daemons, magic, and his hideous past. Walker must stop at nothing to win, even if that means losing his mind. Or worse… 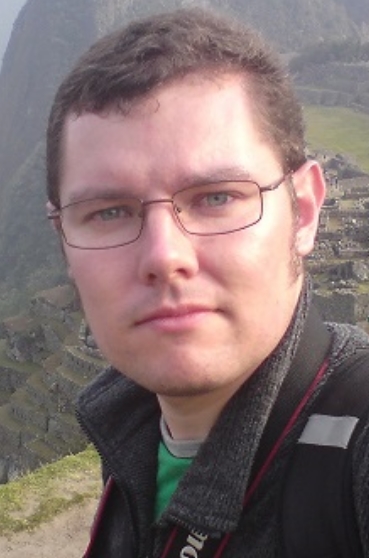 Cameron Johnston lives in Glasgow, Scotland, with his wife and an extremely fluffy cat. He is a swordsman, a gamer, an enthusiast of archaeology, history and mythology, a builder of LEGO, and owns far too many books to fit on his shelves. He loves exploring ancient sites and camping out under the stars by a roaring fire.

“A wicked sense of humor and a cast of flawed but striving-for-good characters keeps this mid-series entry from getting too grimdark.”
– B&N Sci Fi & Fantasy Blog

“Sword-swinging action, virulent and explosive magic, and a host of quirky and entertaining characters… Johnston depicts a beautiful and lavish world that is a feast for the imagination.”
– Grimdark Magazine

“Cameron Johnston delivers again!… The Age of Tyranny is a series that should be on the top of everybody’s pile to read.”
– Dark Side Reads

“If you enjoy bloody, highly tactical magic battles, a slow burn demonic history reveal, and a grumpy and relatable jerk who you can’t help but root for despite his flaws, God of Broken Things is your jam.”
– The Fantasy Hive

“The end result is that Johnston delivers a kick-in-the nuts, edgy, and dark book that excites on every level.”
– New York Journal of Books

Praise for The Traitor God

“An assured and complex debut novel with a main protagonist of questionable loyalty and morals that, despite yourself, you can’t help but love. It’s not often you come across a fresh voice and a fresh take on magic, but The Traitor God gives both. Moments of absolute horror sit cheek by jowl with humour of the blackest kind and some of the monstrous creations in this book are nauseatingly wonderful. After a slightly slow start I found it increasingly difficult to put this book down. I dearly hope we get to see more of Magus Edrin Walker in future books.”
– Anna Stephens, author of Godblind

“Cameron Johnston is an exciting new voice in fantasy. His writing has a dark sense of humour and his debut is bursting with imagination and wonders. Fantastic stuff!”
– Stephen Aryan, author of the Age of Darkness trilogy
“High magic and low lives collide in The Traitor God, one part street-level procedural and two parts an urban magic apocalypse, this is fantasy walking tall and carrying a big stick.”
– Gavin G Smith, author of Age of Scorpio and The Bastard Legion

“The Traitor God by Cameron Johnston is part murder mystery, part detective story, and all fantasy that’s full of magic, shady villains and even shadier heroes. A hugely enjoyable tale and definitely a 2018 debut to look out for. Marvellous stuff.”
– Edward Cox, author of The Relic Guild Trilogy

“I’m looking forward to seeing who and what Walker kicks in the balls in the sequel. If you enjoy clever gray characters, gritty but interesting worlds, and creepy magic, this book is for you.”
– Fantasy Hive

“Enough of the elements are right for The Traitor God to be a good book.. The blend of high octane action and dark humanity reminds me of William Gibson’s Neuromancer.”
– SFF Chronicles

“There’s a wonderful coarseness and vivacity to the world Johnston has created, and the magic and monsters featured are as horrific as they are fascinating… The finale is truly epic, and about as thrilling as they come.”
– Alan Brenik

“This was one of those times where the stars aligned and the read was the perfect fit for me mood. I read it in one sitting. It was entertaining, engrossing, and a bit violent (Arrr!!). I even refused to get shut-eye and instead stayed up into the wee hours of the morn turning pages because I just had to know how it ended… Pick this one up and hopefully enjoy it as much as I did.”
– The Captain’s Quarters

“This is a tightly written, believable world, one which will make you sit up and take notice. It’s not pretty, by any means, but it’ll seep off the page and into your pores… It’s snappy, tautly written prose kept me turning pages until far too late in the night.”
– Sci-Fi and Fantasy Reviews