The sky is falling, and only one dilettante scientist can save the world, in the startling finale of the Shadowlands duology

Rhia Harlyn risks death for science. Accused of heresy for promoting an unorthodox cosmology, she must defend herself, her work and her House alone. If only she could rely on her feckless brother Etyan, transformed through the combination of an occult scientist’s experiments and the harsh rays of the skyland sun. But she knows she cannot. When Dej, Etyan’s half-alien lover, finally uncovers Etyan’s dark secret she runs off into the perilous skyland. She is looking for peace in a world that has rejected her; what she discovers instead will change everyone’s lives. Meanwhile, overhead, the very stars themselves are shifting. Rhia is about to find herself proved disastrously right… 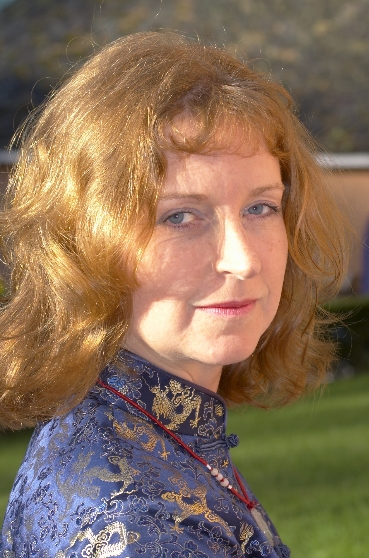 “Fenn has created a fascinating world. I hope to see more of her work.”
– Locus Magazine

“Fenn is at her best when describing the lives of strong women up against it, and excels at fast action thrillers.”
– The Guardian

“A vivid and unusual world, populated by an interesting array of characters”
– The Times

“Jaine Fenn opens a window on a fascinating and vivid science fictional world… It’s an energetic space opera, an interesting and entertaining entry in an old genre.”
– Strange Horizons

“Fenn manages to put her own stamp on some familiar genre elements, enough to make this a genuinely promising debut”
– Locus

“Both plotting and characterisation are handled deftly, while Fenn’s world-building of exotic locales is equally impressive… you should read Jaine Fenn – she’s bloody ace.”
– SFX Magazine

“Tense and fast-paced.”
– The Telegraph

“Highly recommended, they’re beautiful in emotion along with the action-fueled pace you’d expect from someone like Chuck Wendig.”
– British Fantasy Society

“A blur of excitement and action.”
– Brainfluff

“I love Jaine Fenn. Her characters and intriguing world building is superb.”
– Cybermage

“Thought provoking science fiction with a memorable cast of characters.”
– The Eloquent Page

“If you like spacey space adventures, this book will not disappoint. If you like a bit of preindustrial fantasy blended in, you will definitely love Bringer of Light.”
– New York Journal of Books

“This really is Science Fiction at its best.”
– Falcata Times

“Fenn pitches us right into the middle of the action from the beginning of the book, with the tension pinging off the page.”
– SF Reader

“The story is well paced, with a satisfying number of twists and turns to hold your interest, and characters are well-drawn, ensuring that you care enough about them to keep reading.”
– Deathray Magazine