Tim Jordan returns with the hotly-anticipated sequel to his mind-bending 2021 debut, Glow

Glow is not gone. Glow remains. Glow is alive. The nanotech drug is now everywhere. It creeps across the world, a mind-bending plague, a brain-altering poison that lives on from host to host, twisting everyone to its will. Still recovering from his addiction, Rex remains in hiding, battling the voices in his head that are not all his own. Some days are peaceful, others are downright terrifying. But there are bigger problems to face – a new alliance threatens the balance of power in the world again, and a dangerous enemy from Rex’s past tracks him down. Can Rex really be the cure for the plague that Sisters promised him, or the root of humanity’s downfall? Faced with ultimate destruction, Rex must decide if he really is a prophet… or just a coward. 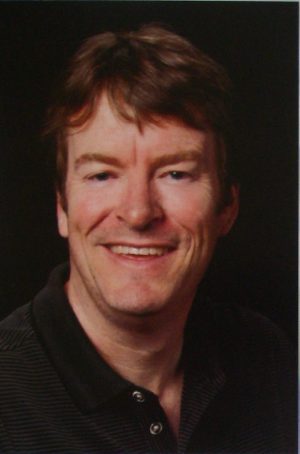 Tim is an award-winning scifi writer from England, who now calls Florida home. Glow is his first published novel, but others exist stored as tiny magnetic bubbles or locked in charge reservoirs by arrays of transistors. He loves to hike, play guitar and draw terrible pictures. He also writes software and is particularly fascinated by artificial intelligence and hopes to one day create an artificial mind that will replace him and do all his work.

“The story zips along at a frenetic pace, keeping the reader just a little off balance along with the characters, bouncing between different plot threads before he brings it all together for an explosive climax.”
– Booklist