Skip to content
We’ve got a brand new cover reveal for you all! You’ve hopefully already picked up Cameron Johnston’s brilliantly wrought grimdark The Traitor God, which we released this past June. Hot on its heels comes the sequel, God of Broken Things, which will be hitting shelves in June 2019 and which now has a flipping badass cover for you all to feast your eyes on. Here’s the synopsis: Tyrant magus Edrin Walker destroyed the monster sent by the Skallgrim, but not before it laid waste to Setharis, and infested their magical elite with mind-controlling parasites. Edrin’s own Gift to seize the minds of others was cracked by the strain of battle, and he barely survives the interrogation of a captured magus. There’s no time for recovery though: a Skallgrim army is marching on the mountain passes of the Clanhold. Edrin and a coterie of villains race to stop them, but the mountains are filled with gods, daemons, magic, and his hideous past. Walker must stop at nothing to win, even if that means losing his mind. Or worse… We asked our friends over at The Fantasy Inn to help us reveal the cover for God of Broken Things, which they happily did, alongside a blog post from Cameron about why swords are (or maybe aren’t) the king of weapons. To be taken through to the full article and reveal just click on the teaser image below. 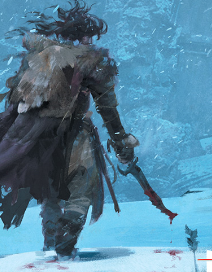 As mechanical beings with computers for brains, we here at Angry Robot have long been fans of eBooks. We know that many […]

On Saturday 10th March the States of Independence Festival at De Montfort University, Leicester will be hosting authors Jeannette Ng (Under the […]

IT IS ALMOST TIME. The Robot Army is mobilising and heading to FollyCon, in numbers greater than ever seen before. That’s right, […]

For everyone who has run out of Easter chocolate we’re bringing you a brand new chocolatey treat! Our tastiest upcoming book, Free […]