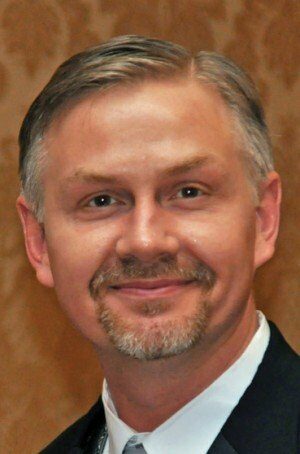 Paul S. Kemp is a lawyer. That is bad. He is also the million-selling author of the Erevis Cale sword and sorcery stories and several Star Wars novels. That is good. Very good. He has appeared on the New York Times bestseller list three times (twice on the hardcover list, and once in the mass market list). His first book for Angry Robot, The Hammer and the Blade will introduce you to Egil and Nix, a pair of down-at-heel treasure hunters and incorrigible rogues. Egil is a priest, happy to deliver moral correction with his pair of massive hammers. Nix is a sneak-thief; there’s no lock he cannot open, no serving girl he cannot charm. Between them, they always have one eye for a chance to make money – the other eye, of course, is on the nearest exit. Only this time the treasure they’ve thieved is an important relic of a most sinister and ancient family, who will stop at nothing to get their bloody revenge. It’s a little known fact that Paul has maimed eight men and three llamas using only an unsharpened pencil and a stick of Wrigley’s gum. Now you know too. He does not hum show tunes. Ever. Paul lives in Michigan with his wife and twin sons.

How To Write Anti-Hero’s with Omnivoracious (September 11)