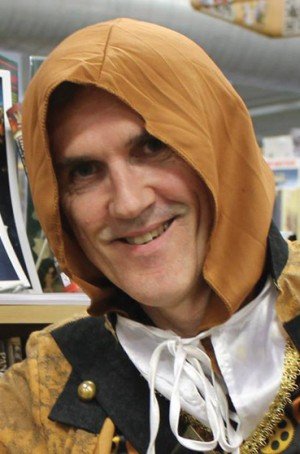 Craig Cormick is an award-winning author and science communicator who works for Australia’s premier science institution, the Commonwealth Science and Industrial Research Organisation (CSIRO). He is a regular speaker at science communication conferences and has appeared on television, radio, online and in print media. As an author he has published over a dozen works of fiction and non-fiction and over 100 short stories. His awards include an ACT Book of the Year Award and a Queensland Premier’s Literary Award. His most recent book is the young adult novel Time Vandals (Scholastic, 2012).

Interview with A Fantastical Librarian (August 15)