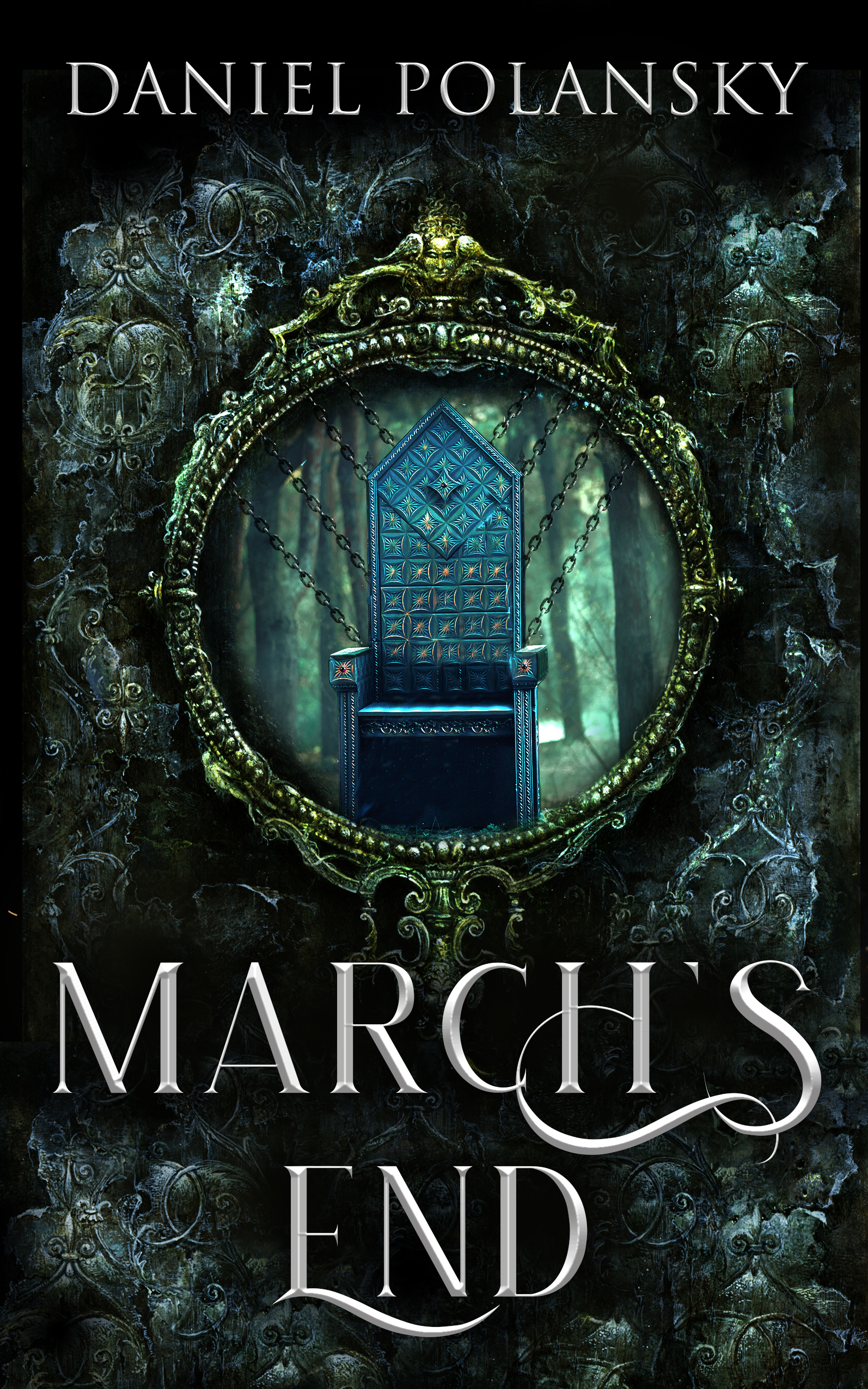 The March’s End is a multi-generational portal fantasy of strange magics, epic warfare, and deadly intrigue, in which the personality conflicts and toxic struggles of the Harrow family are reflected in the fantasy world they’ve sworn to protect.

The Harrows are a typical suburban family who, since time immemorial, have borne a sacred and terrible charge. In the daylight they are teachers, doctors, bartenders and vagrants, but at night they are the rulers and protectors of the March, a fantastical secondary world populated with animate antiquated toys and sentient lichen, a panorama of the impossible where cities are carried on the backs of giant snails, and thunderstorms can be subdued with song.
But beneath this dreamlike exterior lie dark secrets, and for generation after generation the Harrows have defended the March from the perils that wait outside its borders – when they are not consumed in their own bitter internecine quarrels.
In the modern day the Harrow clan are composed of Sophia, the High Queen of the March, a brilliant, calculating matriarch, and her three children – noble Constance, visionary, rebellious Mary Ann, and clever, amoral Will. Moving back and forth between their youth, adolescence, and adulthood, we watch as this family fractures, then reconciles in the face of a conflict endangering not only the existence of the March, but of the ‘real world’ itself.
MARCH’S END is a book about growing up, in which the familial struggles of the Harrows are threaded through the mythic history of the fantastical land they protect. It is a story of failure and redemption, in which the power of love is tested against forces that seek to break it, and the necessity of each generation to recreate itself is asserted.

Daniel Polansky is the author of the Low Town trilogy, Empty Throne duology, the Hugo-nominated novella The Builders, and A City Dreaming. He can be found in Los Angeles, mostly.

Be the first to review “March’s End” Cancel reply