A disgraced civil war doctor, a drunken dentist, and two accidental outlaws – all are bound up with the Chock-a-saw Sagwa Tonic, which cures some, mutates others, and will control both of their destinies.

File Under: Fantasy [ The Secret Tradition | Chemical Imbalance | Hustlers Hustled | The Carnival is Over ]

Dr. Alexander Potter, disgraced Civil War surgeon, now huckster and seller of snake-oil, travels the wet roads of the Pacific Northwest with a disheartened company of strongmen, illusionists, fortunetellers, and musical whores. Under the quiet command of the mysterious, merciless, and murderous Lyman Rhoades, they entertain the masses while hawking the Chock-a-saw Sagwa Tonic, a vital elixir touted to cure all ills both physical and spiritual… although, for a few unfortunate customers, the Sagwa offers something much, much worse. For drunken dentist Josiah McDaniel, the Sagwa has taken everything from him; in the hired company of two accidental outlaws, the bickering brothers Solomon Parker and Agamemnon Rideout, he looks to revenge himself on the Elixir’s creator: Dr. Morrison Hedwith, businessman, body-thief, and secret alchemist, a man who is running out of time. 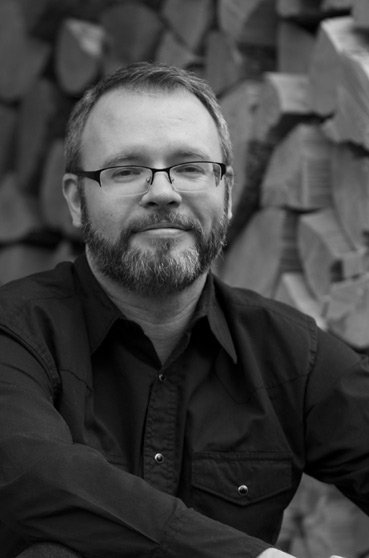 “Dr. Potter’s Medicine Show is a brilliant study of characters struggling against the monstrous to retain their own humanity. Fischl’s talent for voice and knack for characterization finds humor and beauty amidst horror and depravity. It’s heartbreaking, elegiac, and an absolute pleasure to read.”
– Carrie Patel, author of the Recoletta series

“A word of advice: whatever you do, don’t drink the Sagwa. One part history, two parts fantasy, and three parts toe-curling horror. Drink it down. A grotesque elixir of history, fantasy, and toe-curling horror. Warning: may cause nausea, sleep disturbances, and compulsive page-turning. Not to be taken orally.”
– Arianne “Tex” Thompson, author of the Children of the Drought trilogy

“So even though Dr Potter rightly belongs on the ‘horror/occult’ side of the Weird Western spectrum, it cleaves apart from the sensational grimdark vogue that so heavily tints our view of the past. Fischl’s command of his characters’ world is grotesque, vivid, joyful, and sublime – an uncommon realism that honors the human side of history, and a reminder that a carnival of horrors is still a carnival, after all, with miracles and spectacles awaiting anyone brave enough to venture into the sideshow tent.”
– Tor.com

“The characters are vividly realised, leading you to feel as sympathetically towards some as you are horrified by others, and Eric Scott Fischl isn’t afraid to be brutal with his creations. The ingredients may seem pulpy, but Fischl has turned them into gold.”
– SFX magazine

“You’ll feel slightly dirty after spending time with some of these characters, but you’ll never forget them – or this gritty, down-and-dirty debut.”
– The B&N Sci-FI & Fantasy Blog

“Dr Potter’s Medicine Show is violent, gory, and uncomfortable but ultimately a hell of a read.”
– Manhattan Book Review

“I enjoyed reading this. It’s well written and the characters are all well rounded and you know they’ve lived full lives before we met them. There’s a very oppressive, claustrophobic atmosphere which builds tension to a satisfying finale.”
– Helen Lindley

“This novel is dark, and at times violent. So be warned. But with each turn of the page I was transported to a different era, to events that were both strange and bizarre, and I loved it.”
– Buzzing Bookmark

“Eric Scott Fischl’s novel is a fusion of horror and a classic western with a bit of fantasy thrown in. It is a lot of fun…western atmosphere, occult theorizing, heavy drinking, gore, an ingenious structure and surprising twists.”
– Drew Rowsome

“A great and wonderful read that won’t disappoint those used to fantasy, horror or suspense.”
– The Writers, Artists and Readers Guild

“How to describe the book? It’s almost as if Mary Shelley had set Frankenstein, or Robert Louis Stephenson Doctor Jekyll, in the Old West. But weirder than that, and funnier too. 4/5*”
– Blue Book Balloon

“The kind of story you should read while chugging cheap whiskey straight from the bottle and cussing up a storm. It’s an intense ride full of alchemy, death, and violence.”
– The Eichenblog

“If you’re looking for subtle but engrossing fantasy with a deliciously dark heart, then look no further, the doctor will see you now.”
– The Eloquent Page

“The old west is so well evoked you can almost smell the manure, the characters are incredible, leaping off the page and into your brain and the story carries you along in this miraculous world. Thrilling, entertaining and totally immersive.”
– Morpheus Tales

“The darkness and violence fits the overall tenor and style of the novel. It rattles along as a satisfying thriller, building to a climactic and horrific close.”
– Astounding Yarns

“If you’re easily freaked out, read this one with the lights on or with a buddy, and if you have a strong reaction to violence, proceed with caution.”
– Geek Dad

“An impressive book: the world is richly imagined, and the characters are vividly drawn. The mysteries are teased out at just the right pace, and I couldn’t put it down. If this show rolls around again, I’ll be first in line for a ticket.”
– Barnes & Noble Sci-Fi & Fantasy Blog

“I picked up Dr. Potter’s Medicine Show based on the title alone; a medicine show is maybe my favorite Old West trope, and it all sounded like it was going to be good pulpy fun. Which it is, yes, but it’s also a disturbing and emotional ride of a story, and one that I’ll remember for quite some time.”
– Skiffy & Fanty

“Delightfully unpredictable and has a unique mix of humor and horror.”
– Cowering King

“For those seeking a dose of dark shock and awe it will be grippingly impressive.”
– British Fantasy Society