Tor.com have exclusively revealed Rod Duncan‘s The Bullet Catcher’s Daughter cover today, with a design process piece from artist Will Staehle, as well as alternative covers! Jump over to Tor.com to see the full article, but for now, here’s the cover! 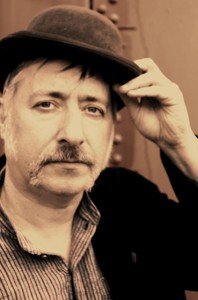 The busy man that he is, Rod Duncan – author of the Gas-Lit Empire series and the forthcoming The Queen of All Crows is out and about again!

This time, he’ll be taking part in an event on June 30 from 6-7pm at Phoenix Square, Leicester as part of the Leicester Writes Festival. Here are the details:

Writing Science; Utopia or Dystopia?
Launch of the IOP Poetry and Flash-fiction competitions

Just in time for summer we’re running a new deal through Amazon US and our website to offer you the following lovely books on sale throughout the whole of June! Perfect for your holiday reading list. 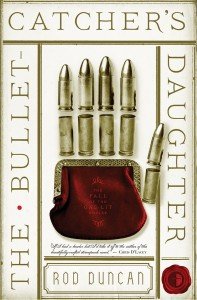 The Bullet-Catcher’s Daughter: Rod Duncan. Amazon: $1.99
First in the Fall of the Gas-Lit Empire series

Elizabeth Barnabus lives a double life – as herself and as her brother, the private detective. She is trying to solve

As you know, our author’s are great at getting out and about and sharing their best writing advice!

The amazing Rod Duncan, author of The Bullet-Catcher’s Daughter,  Unseemly Science and The Custodian of Marvels, will be out and about at the following events over the next few months, so go along and get some tips and tricks from an industry expert. This Thursday Rod Duncan, author of The Bullet Catcher’s Daughter will taking part in a Social Media and Writers Panel hosted by Leicester Writers’ Club. He’ll be talking about the role that blogging, social media and transmedia play in both his relationship with his fans and in society as a whole, with time for questions afterwards. As a lecturer in creative writing at De Montfort University, Rod is no stranger to the stage, so this promises to be

Heads up, drones! The lovely folk over at Nook are running a ‘first in series’ promotion and are featuring eight Angry Robot titles! Please check below for titles and prices.

Each will be on sale from January 12 (today) until January 18.

Leicester-based Rod Duncan, author of The Bullet Catcher’s Daughter has been nominated for another award.

Rod, who has also been nominated for a Philip K. Dick award, took a second off from celebrating to tell us:

The East Midlands Book Award is a reminder of the exceptional writing happening in this region. I’ve been involved in the writing scene here for more years than I care to admit. But I’ve never seen

Rod Duncan is a man of many talents: he’s written crime novels – including one shortlisted for the CWA John Creasey Dagger, had screenplays produced, and has now written The Bullet-Catcher’s Daughter, a steampunk novel with one epic heroine that readers and reviewers alike are loving. You can listen to an interview with Rod

With the US and ebook release dates for our September titles – The Mirror Empire by Kameron Hurley and The Bullet-Catcher’s Daughter by Rod Duncan – fast approaching, what better time to recap the wonderful and exciting things that are being said about these two fantastic books.

The Mirror Empire‘s release follows hot on the heels of Kameron‘s TWO Hugo awards at LonCon, and is certainly making waves in the fantasy circles. We are very excited for it be unleashed on the general public, and look forward to seeing and hearing reader reactions. For