As we’re about a month out from the re-release of remastered the 80s cult-classic, The Paratwa Saga by Christopher Hinz, we thought we would give all you robots a chance to whet your appetitie with something other than engine grease. We’re so excited to share with you an exclusive chapter excerpt of the first book in the trilogy, Liege-Killer, which won the Compton Crook Award in 1988.

Feast your eyes! And fall in love with a classic…

The storm grew steadily throughout the afternoon. By five o’clock, the air had become sticky and humid. Sporadic thunderclaps could be heard in the distance. Sunlight disappeared altogether. Black and gray clouds rolled across the sky, dissolving into one another and reemerging in new formations. The first lightning flashed just before six. There was no longer any evidence to indicate that they were living inside a huge cylinder. Jerem was ecstatic.

Paula came to the porch with his jacket, ignoring, as usual, protests that he didn’t need to cover up. He squirmed into the garment just as a thunderbolt cracked directly overhead, shaking the air. In a matter of minutes, the temperature plummeted at least twenty degrees and cold mist began to dampen their faces. A huge fissure blossomed in the western clouds. Scarlet-yellow lightning strobed the heavens.

“Did ya see that!” Jerem whispered. “That was chroma-controlled! You wouldn’t believe how hard that is to phase into the storm! Our science teacher says that they gotta generate millions of volts and then they put petro-dust into the atmosphere and they trip the banks and inject feeder currents, and they can make it any color they want by changing the chemicals in the dust!”

Paula faked a fascinated nod and tightened the tab on the collar of her own jacket. Despite the claims of safety, these immense storms unsettled her. There was something inherently disturbing about megavoltage forces ripping apart the sky, sucking at the very air: ecospheric temper tantrums.

Throughout the day, local news channels had been proclaiming the storm. Psychologists gave testimony to the benefits of allowing regulated loss of control. Lamalan social planners congratulated themselves for creating an evening of mass entertainment. People tended to buy excessive amounts of food and supplies prior to a storm, a curious phenomenon that inspired grocers and the Intercolonial Profarmers Union to roundly endorse thunderstorms.

Others objected to the raging spectacles. The Anti-T-storm League fought for the abolition of thunderstorms throughout the Colonies, and they had been vocally demonstrating their cause on Lamalan during the past week. Paula suspected that there were a great many adults like herself who tread the middle ground – disliking thunderstorms but tolerating them. Jerem’s obvious joy had a lot to do with her own acceptance.

Green lightning spiraled lengthwise through the cylinder. The accompanying roar shook their porch. Jerem’s excited words were lost beneath crackling aftershocks. One thing was for certain – the controversy over thunderstorms was growing. Lamalan’s last storm two years ago had sparked only a handful of protests. Today’s event ignited official statements, both pro and con, from numerous organizations.

Even major Intercolonial groups had been drawn into the fray. E-Tech’s archnemesis, La Gloria de la Ciencia, had come out strongly in favor of the storms, praising Lamalan’s “courage in the face of a vocal minority.” E-Tech had issued a statement denouncing the excessive technology inherent in T-storm creation, although their protest had been carefully worded to assure everyone that they had no intention of calling for the outlawing of such events.

The heavens burst apart into a spider web of fierce golden light. Paula covered her ears as thunder rocked the house.

“Jerem, why don’t we go inside and watch the rest of it from the window? You can see just as well.”

He shook his head and wiped the rain from his face.

“OK, so why don’t we at least move back from the edge of the porch. There’s no sense in getting completely soaked.”

A trio of loud booms drowned out his reply.

Blue-white explosions blistered the sky. Paula gave up. She had promised that he could watch this storm outside, a privilege that she had denied him two years ago – much to his chagrin and to her later regret. Arguments that had nothing to do with thunderstorms inevitably ended with: “Yeah, and you wouldn’t let me watch the storm like everyone else, either!” Another two years of that was not worth it. She had, however, put her foot down when he suggested observing tonight’s aerial calamity from atop their gently slanted roof. There’d be a different sort of lightning right across his backside if he dared set foot off the porch.

“They say it’s gonna end with red fire bolts!” he shouted above another wave of thunder. “They’re the wickedest and loudest of all!” Wonderful. It was going to get worse.

A light came on in Bob Max’s house and Paula saw the old man’s scrawny form briefly silhouetted through the large front porch window. He must have just gotten home – there’d been no sign of activity throughout the day.

She felt that it was important to tell Max about the two men as soon as possible. She debated a wet dash across the now muddy lot. It was a short debate. Max didn’t even have a listed phone – doubtlessly, only smugglers and Costeaus had access to his private line. And Jerem would become impossible if Paula left the porch while he wasn’t permitted to. Lightning flashed and another movement caught her eye. A gray shadow danced through the dealer’s yard, froze momentarily against a large fridge unit, then disappeared. She squinted, searching the clutter of antiques for the source of the shadow.

The rain picked up, became a wind-whipped downpour, cascading in torrents across the porch. Their jackets were waterproof but Paula’s thin summer slacks were not – they now clung to her like a second skin. She shivered. Jerem looked completely drenched, oblivious to all but the ravished sky.

And then they appeared – two men, dressed in dark clothing. They came out of Max’s yard and crept along the edge of the front porch. Dull red lightning sparkled in the air immediately surrounding their bodies – they were wearing active crescent webs. The defensive energy shields were usually invisible, but the rain was playing tricks, outlining the protective barriers. Even though the men had their backs to her, Paula knew she was looking at the same pair who had come to her gallery this morning. Smiler and Sad-eyes. It wasn’t just a logical guess. There was something instantly identifiable about them, a quality in their movements, as if they had been born in tandem.

She had no time to consider the ramifications of her thoughts. The two men stood up. The taller one – Smiler – leaped catlike over the porch railing. Sad-eyes slithered across the nude models on Max’s accelerator couch. In one swift motion, he lashed out with his arm and tore the head from the female torso. It sailed over the railing and splattered into the mud.

Paula dropped to her knees beside Jerem. “Come on,” she hissed, “I want you to move!” She clamped a hand across his shoulder and dragged him behind the railing.

“Hush! There’s something going on over at Max’s. I want us to be absolutely quiet and still. We can watch through the slits in the railing.”

Her urgency got through to him. They crouched behind the railing like scared rabbits. For a while, nothing happened. The men had become statues on Max’s porch – bold outlines, shimmering with each new stroke of lightning, but as still as if they’d been deenergized by a switch. Paula began to feel silly.

And then with a swiftness that took her breath away, the pair leaped into the air and crashed through Max’s plate-glass front window.

Paula nodded. For another eternity, there was no movement from inside the dealer’s home. The light remained on, illuminating Max’s living room. A table and some cushioned chairs were visible through the shattered window. Purple lightning splashed across the sky, casting a brief eerie glow across the landscape behind his house.

I should call the police. Her hair whipped across her face. Tucking it behind her ears she reached a decision, but then realized she’d taken off her wrist com and left it inside.

“Jerem, I want you to stay right here. I don’t want you to move. I’m going to run in the house and–”

Bob Max jumped – or was pushed – through his broken window. He landed feet-first on his porch, stumbling forward. He slammed into the railing and flipped over into the mud. He struggled to his knees and tried to stand up.

Thunder blasted. Smiler appeared suddenly on Max’s porch. Sad-eyes came around the side of the house – he must have exited through the dealer’s back door.

Paula dared not risk calling the police, not now. Smiler was looking in their direction. He’d certainly spot her if she moved.

Max made it to his feet just as Sad-eyes came up behind him. He must have sensed the man’s presence. He started to turn. Sad-eyes kicked his legs out from under him. Max hit the mud like a felled tree.

A beam of twisting black light erupted from Smiler’s hand. The dark luminous beam streaked in a circle around Max’s prone form. Smiler snapped his wrist. The light stopped circling and plunged downward, burying itself in the dealer’s spine. Max jerked once and then lay still.

Paula clutched her son – a grip of maternal protectiveness mixed with sheer terror. She knew Max was dead and she knew what had killed him.

Data streamed through awareness – facts about the two men that had nagged at her since this morning. Sad-eyes and Smiler. Contrasting speech styles – a voice too inflective and a voice without emotion. Oddly coordinated movements. Moov scramblers. And the final clue – the black light of the cohe wand, a hand weapon so deadly that its mere possession would subject the owner to E-Tech’s harshest penalties.

The two men who were not really two men would have little concern over such laws. They were not human. They were a creature born out of the dark years before the Apocalypse, over two hundred years ago.

She clutched Jerem even tighter. Smiler seemed to be staring straight at them. It saw us earlier. It knows we’re hiding here. It’s going to kill us.

Smiler and Sad-eyes stepped past Max’s body and headed for the road. Moments later, they disappeared behind the swaying trees.

Liked what you read?

Preorder the trilogy now! Liege-Killer, Ash Ock and The Paratwa

If you’re a reviewer, bookblogger, bookstagrammer or booktokker interested in reviewing The Paratwa Saga or talking to Christopher Hinz, publicist Gemma Creffield would love to hear from you! Get in touch here

Good news, friends! We’ve got a new novel heading your way. Angry Robot will be releasing the incredible The Resurrectionist of Caligo […] 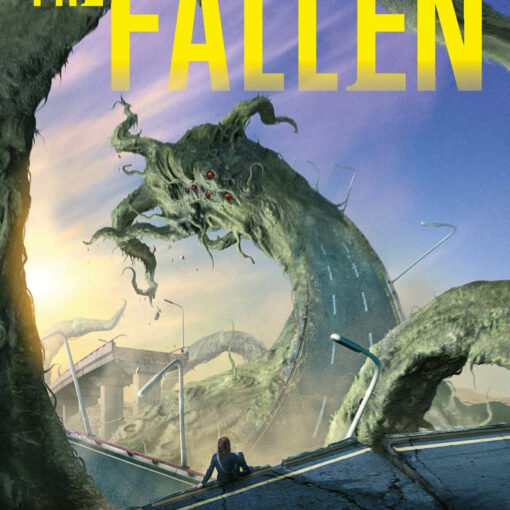 Angry Robot is delighted to present a very special launch event to celebrate the long-awaited release of The Fallen, the sequel to […] 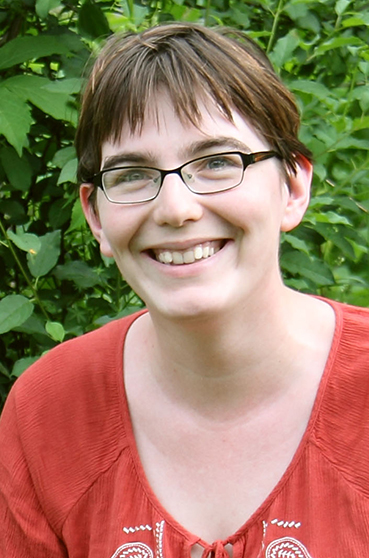 We have new book news!! *Kermit flail* You might have seen that we have a new author making their home the orbital […]