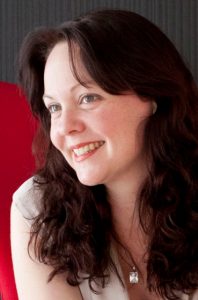 Hey there Australia fans, we’ve got exciting news! Our Amanda Bridgeman, author of November release The Subjugate, will be appearing at Supanova Brisbane this weekend. SupaNova is Australia’s biggest comic con, and special guests include Ian Somerhalder, Dean Cain, John Barrowman and Christina Ricci. Amanda will be chatting to fans and signing both The Subjugate and her Aurora series throughout the weekend, and taking part in three panels, which you can see below. For the full programme rundown just click here. Friday 15:00 – 16:00 Supanova Book Club Join Timothy Zahn (Star Wars: Thrawn: Alliances), Maria Lewis (The Witch Who Courted Death), Lynette Noni (The Medoran Chronicles), Amanda Bridgeman (The Subjugate, Aurora Series) and Jodi McAlister (The Valentine Series) as they chat about their favourite books, movies and TV series. Which book or movie influenced their writing? And which characters do they wish they had written? Bring your own book recommendations along, because everyone is looking for their new reading or viewing obsession. Saturday 15:30 – 16:30 Defining Science Fiction Timothy Zahn (Star Wars: Thrawn: Alliances), Amanda Bridgeman (The Subjugate, Aurora Series), Sam Hawke (City of Lies) and Alison Goodman (Dark Days Club) will be chatting all things sci-fi, including, should we be endeavouring to keep SF pure, defining SF to exclude fantasy, and must a definition of SF include a reference to “science” or “technology”? Sunday 15:00 – 16:00 Writing Powerful Women in Fantasy and Horror (Part 2) Maria Lewis (The Witch Who Courted Death), Amanda Bridgeman (The Subjugate, Aurora Series), Alison Goodman (Dark Days Club) and Jodi McAlister (The Valentine Series) are back and tackling the question of ‘are male characters created by male authors dominating the fantasy genre?’ What are the basic differences between the roles and the functions of men and women characters in fantasy writing? If you want to catch up with Amanda before the con, or just fancy hearing what she has to say, check out this interview she did with SupaNova on inspiration, getting noticed and publishing The Subjugate, over on the Supanova website.

It’s much too warm for those fantasy clubs of yore, the ones with the real dragons breathing fire and the requirements to […]

IT IS ALMOST TIME. The Robot Army is mobilising and heading to FollyCon, in numbers greater than ever seen before. That’s right, […]