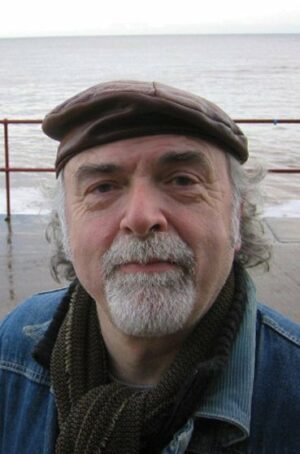 Peter Crowther wrote short stories in the 70s before embarking on a sixteen year career in music and arts journalism and as the head of corporate communications for one of the UK’s biggest financial institutions, before releasing his first fiction work for more than a decade in 1990.

Since then he has sold more than one hundred stories, novelettes and novellas to a variety of anthologies and magazines and has had work reprinted in Year’s Best Fantasy and Horror (three times), 25 Finest Crime and Mystery Stories (twice) and Year’s Best Crime and Mystery Stories. In addition to his own writing, Peter is also a prolific editor of other people’s work, served for three years on the Board of Trustees of the Horror Writers’ Association and in 1998 was a judge for the World Fantasy Awards. His PS Publishing imprint has received the British Fantasy Award for Best Small Press seven times while Peter himself received the 2004 and 2008 World Fantasy Award for Best Professional. In fact, since its inception in 1999, the PS imprint and many of its almost 200 titles have picked up almost thirty awards. His first books to be published by Angry Robot – The Forever Twilight trilogy – sees a blinding light engulf the planet. As the light fades to utter darkness, only a handful of survivors remain. That is, until the hordes of vanished humanity begin to return – each one of them changed somehow. Peter lives about five hundred yards from the sea in Hornsea, England with his wife, Nicky – their two sons (Oliver and Timothy) having ‘flown the coop’ for solo adventures – and several thousand books, magazines, comicbooks, graphic novels, vinyl records and CDs. He enjoys reading virtually anything, but also listens to a lot of music (again virtually anything . . . although he writes only to jazz) and loves watching old b&w movies and re-runs of Sgt Bilko and The Twilight Zone.