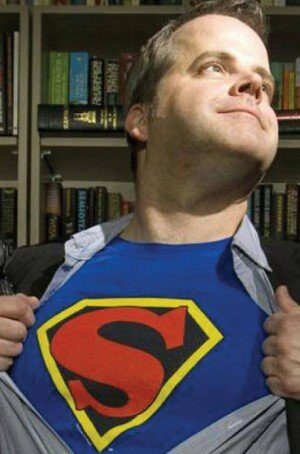 Chris Roberson is obsessed with superhero comics, pulp fiction, puppetry, animation, history, and science, and has a Bachelor of Arts in English and Liberal Arts Honors from the University of Texas at Austin, 1992. His books include the novels Here, There & Everywhere, The Voyage of Night Shining White, Paragaea: A Planetary Romance, X-Men: The Return, Set the Seas on Fire, End of the Century, Iron Jaw and Hummingbird, The Dragon’s Nine Sons, Three Unbroken, and Warhammer 40,000: Dawn of War II, and the comic book mini-series Cinderella: From Fabletown With Love. His short stories have appeared in such magazines as Asimov’s Science Fiction, PostScripts, and Subterranean.

Along with his business partner and spouse Allison Baker, he is the publisher of MonkeyBrain Books, an independent publishing house specializing in genre fiction and nonfiction genre studies. He has been a finalist for the World Fantasy Award four times—twice for publishing, and once each for writing and editing—twice a finalist for the John W. Campbell Award for Best New Writer, and three times for the Sidewise Award for Best Alternate History Short Form (winning in 2004 with his story “O One”). He lives in Austin, Texas.

Interview with The Falkata Times (July 09)

Keeping an Eye on… with Stomping on Yeti (August 09)