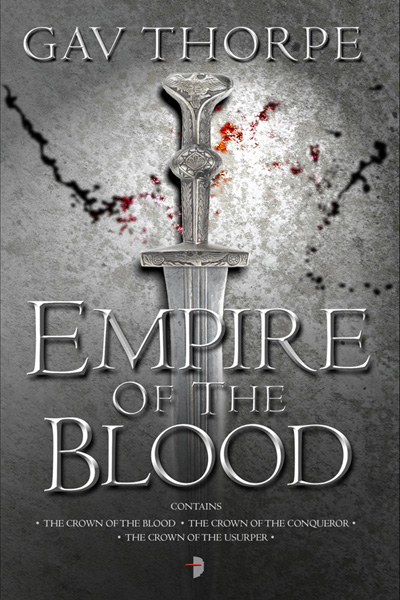 The Empire of the Blood

A three-volume omnibus edition of the epic fantasy series of demonic magic and dark politics.

“I tore through The Crown of the Blood in one long sitting … This is a properly high fantasy world – rock people, dark sorcery, landships, riding panther and (of course) dinosaurs – but all of it is introduced naturally and casually … his book is hairy, gory, sweaty, shameless… and perhaps even a little bit thoughtful.”
– Pornokitsch

For The Crown of the Blood

For Crown of the Conqueror

“All in all, The Crown of the Conqueror (A+) is another excellent fantasy that I strongly recommend … the author has another winner here!”
– Fantasy Book Critic